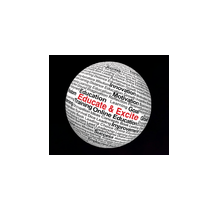 They come from all walks of life, business, sports, education, counseling, or education. All have a passion and a common purpose - to deliver powerful, inspiring, life-changing messages to businesses and individuals throughout the world. At the National Speakers Association annual meeting, Convey Services had the privilege of interviewing over 50 speaking professionals. They shared their background, gave insights into their philosophy and expertise, and enlightened us about how they deliver their message to audiences. These videos are now part of the Speaking & Coaching Insights catalog on Convey.

Marti MacGibbon has a book entitled, “Never Give in to Fear”.  However, it’s the subtitle, “Laughing All the Way Up From Rock Bottom” that really describes and defines who Marti MacGibbon is and what she brings to her audiences.